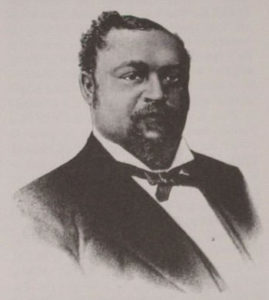 On this date, we remember the birth of James Durham in 1762. He was one of the first recognized Black physicians in the United States.

Born a slave in Philadelphia, his early masters taught him the fundamentals of reading and writing.  Durham was owned by a number of doctors, ending up in New Orleans with a Scottish physician, who hired him in 1783 to perform medical services. When he was 21, he bought his freedom and went to New Orleans where he set up his own medical practice. He was a popular and distinguished doctor in New Orleans, at least in part for his knowledge of English, French, and Spanish.

He was invited to Philadelphia in 1788 to meet Dr. Benjamin Rush, one of the signers of the Declaration of Independence.  Rush was so impressed with Derham's success in treating diphtheria patients, that he read Durham's paper on the subject before the College of Physicians of Philadelphia.

In 1789, Durham returned to New Orleans, where he saved more yellow fever victims than any other prior physician in colonial Philadelphia. During an epidemic that killed thousands, he lost only 11 of 64 patients. He moved back to New Orleans and was lauded by prominent local doctors.

Despite his skill, his ability to save so many lives, and his flourishing practice, his practice was restricted in 1801 by new city regulations because he did not have a formal medical degree.

He disappeared after 1802.  The idea that Black people were incapable of understanding medicine remained widespread for decades.

02:27
Description:
Charles Crutchfield is medical doctor.  In this segment, he talks about how the black community could become healthier.
Tags:
STEM / Medicine
STATS: 750 Views
Share: