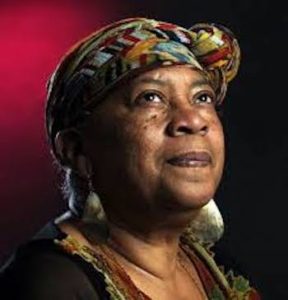 *Novella Nelson was born on this date in 1939. She was a Black actress and singer.

Novella Christine Nelson was born in Brooklyn, New York, to James and Evelyn (formerly Hines) Nelson. Her father was a pastor and a taxi driver. Her mother was an executive assistant at magazine publisher Women's Wear Daily.

She attended the predominantly white Brooklyn College in the late 1950s, majoring in biochemistry. She took a speech class and an acting course and was asked to perform in a play. For the play, she took on the role of Berenice, the housekeeper, in The Member of the Wedding by Carson McCullers. After being on stage in this and other plays, she, the future actress, changed course, becoming a theatre major.

She established her career as a singer on the off-Broadway and Broadway stages and in cabaret-style locales. Starting in 1961, Nelson had a decades-long stage career, performing, directing, and producing, primarily in New York. She was a featured performer on Broadway in 1970 in the musical Purlie. In 1975, Nelson directed the play La Femme Noire at The Public Theater. Her film career began at age 39 with a small part in 1977's An Unmarried Woman and continued for the next several decades with roles in movies and television. She may be best known for her role as Mrs. Tate in the 2002 movie Antwone Fisher.