The Bantu People of Africa, a story 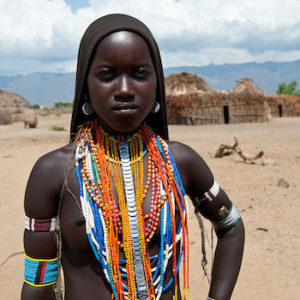 *Bantu people of Africa are affirmed on this date in 1000 BCE.  They are Black African speakers of Bantu languages of several hundred indigenous ethnic groups.

The Bantu live in sub-Saharan Africa, spread over a vast area from Central Africa across the African Great Lakes to Southern Africa.  Linguistically, these languages belong to the Southern Bantoid branch of Benue Congo, one of the language families grouped within the Niger-Congo phylum.  It is generally accepted that the Bantu-speaking peoples originated from WestAfrica around 4,000 years ago, although there is less agreement on the exact reasons for and course of their expansion. The total number of languages ranges in the hundreds, depending on the definition of "language" or "dialect", estimated at between 440 and 680 distinct languages.

In the 1920s, relatively liberal South Africans, missionaries, and the small Black intelligentsia began to use the term "Bantu" in preference to "Native". After World War II, the National Party governments adopted that usage officially, while the growing African nationalist movement and its liberal allies turned to the term "African" instead, so that "Bantu" became identified with the policies of apartheid. By the 1970s this so discredited "Bantu" as an ethno-racial designation that the apartheid government switched to the term "Black" in its official racial categorizations, restricting it to Bantu-speaking Africans, at about the same time that the Black Consciousness Movement led by Steve Biko and others were defining "Black" to mean all non-European South Africans (Bantus, Khoisan, Colored’s, and Indians).